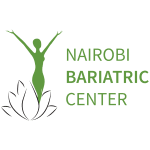 Obesity is on the rise in urban areas

Urban residents are eating more fast food than ever. Junk food from up market fast food restaurants has become a status symbol.
By ABUTA OGETO
Dennis Mworia is a Form Three student at Thika High School, he weighs 111kg. His mother, who has taken part in a slimming programme on TV, weighs 147 kilograms. His father, a contractor has diabetes and weighs more than 130kg.
At school, Dennis’ schoolmates make jokes about his weight, oversized clothes, and the fact that he finds it hard to keep up while running. He has very few friends. When school closes, and his dad doesn’t pick him, he will be forced to pay double the fare home because of his size. His mother’s self esteem has been affected, and it worsens when other women call her ‘momo’ or rarely compliment her outfits.
Read on: http://www.nation.co.ke/lifestyle/DN2/Obesity-is-on-the-rise-in-urban-areas/-/957860/2861638/-/7mdteez/-/index.html Struggling to lose weight? Bariatric surgery is for you.